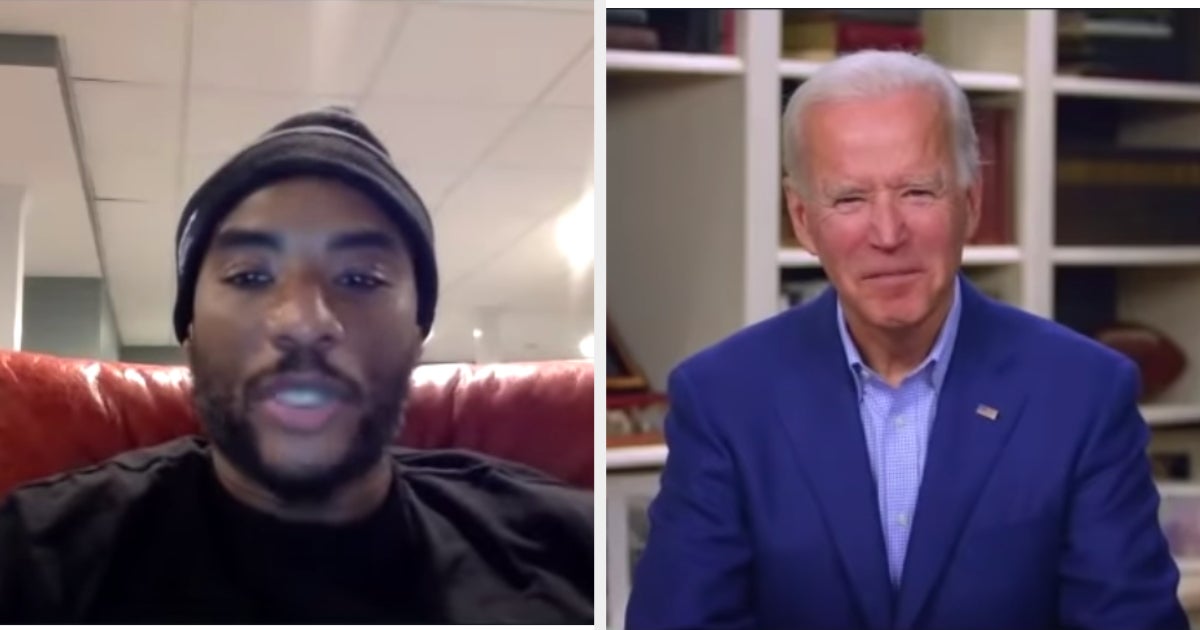 Joe Biden ended his Friday morning interview on The Breakfast Club by telling host Charlamagne tha God, “If you have a problem figuring out whether you’re for me or Trump — then you ain’t black!”

“It don’t have nothing to do with Trump. It has to do with the fact that I want something for my community,” Charlamagne told Biden while the former vice president told him to look at his record on extending the Voting Rights Act and his endorsements from the NAACP.

The exchange came during an interview focused on Biden’s proposals for black Americans in his presidential campaign, with Biden frequently reminiscing about the Democratic primary. “Remember when they said Biden can’t win the primaries?” Biden asked.

“I kicked everybody’s ass,” Biden said before stopping himself short. “Excuse me, I won overwhelmingly. I told you, when I got to South Carolina, I won every single county. I won a larger share of the black vote than anybody has, including Barack.”

Charlamagne also asked Biden why he wasn’t willing to apologize for the 1994 crime bill and other legislation’s effects on black Americans. Charlamagne pointed to Hillary Clinton saying in an interview on the show during the 2016 presidential election cycle that, as he put it, Democrats had “made a lot of mistakes” with the 1994 bill.

“She was wrong,” Biden said. “What happened was, it wasn’t the crime bill. It was the drug legislation. It was the institution of mandatory minimums.”

Charlamagne also asked if Biden was going to choose a black woman to be his pick for vice president. Biden said he wasn’t going to acknowledge any particular person that his campaign was vetting but confirmed that they were considering “multiple black women” for the position.

Biden has already faced some backlash for the interview after it was posted on social media platforms on Friday morning.

“How a white man gonna tell black people they not black,” one Twitter user replied to a tweet from The Breakfast Club’s Twitter account. The Trump campaign tweeted out a photo of Kanye West in a Trump campaign hat.

The Biden campaign responded later in the morning, arguing the comment was being misinterpreted.